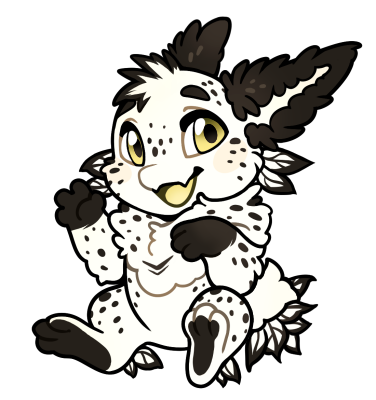 Plume is infected with Zombipathy. Eating brains relieves symptoms for a time, but comes with memories of the brain's former life. Your doctor recommends adding hot sauce for extra flavor, but a Golden Apple a day will send the Zombipathy away.

✦•• Toyhou.se ••✦
Full name Plumagi Nudibrax, best known as Plume or Brax. Despite the physical trait being intersex, Plume goes by He/Him most of the time. As he is a nudibranch, he doesn't really have fur. But the fur-like feelers known as plumages all around his body, granting him an ability to detect any movements from his surroundings. He does not have bones, either. But he's able to keep the body structures with liquid tubes throughout his body, in which are poisonous.

Plume likes to invent and craft gadgets from scratch or upgrade an existing tech if provided. He has quite creativity and a handful of ideas to go with, and a goal to be the best known inventor of Furvilla. Though he's still young and not yet matured, he had already invented a bunch of useful creations for the Aster Guild to use. He was a gifted kid, and he thrives to grow even better in the future.