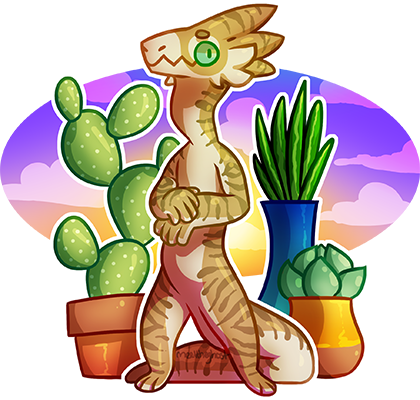 verde is a botanist and greenhouse keeper living the desert capital of the bega homeworld. he is somewhat introverted, but once you get him started on plants, it's impossible to get him to shut up. when he isn't tending his plants, he's got his nose buried in a book. verde's friend and favorite flower salesman is lambton.

verde is a bega, a closed original species by meettheghost. you may not make your own.