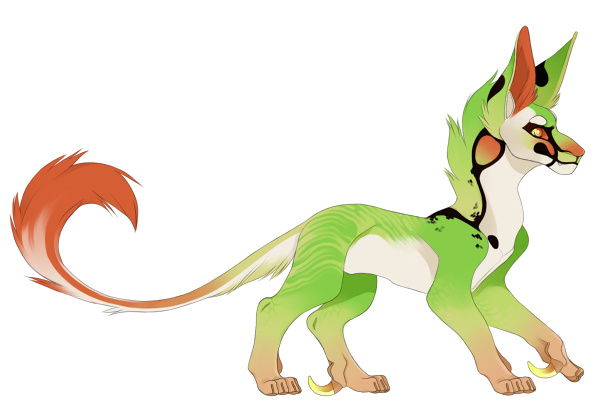 A wily ringbearer who has gotten the attention of a handful of town-goers. Usually seen at the bar or pub, and the undisputed ruler of said places.

Nobody's beaten her in a drinking game. Nor in a bar fight.

'Course, not that many get the chance to even try now. With an uncanny ally of Jaulli and a few others, her gang is pretty dangerous to approach. Which is funny, because Olume is very approachable, and loves a good chat--so long as you know she's the boss around here. She may have gotten here through some bullying, but now that she's at the top, she has no need. Her own intimidating presence, quick-thinking, and sharp claws have saved many people, and earned her both genuine respect among her friends, and raw fear among those she would deign to even consider an enemy.

Those who are in her gang:
-Tuene
-Jaulli
-Orro
-Rushi

(Uploaded with a paintie ticket from MeloNeko ! Tysm :D)
(Species and art by Velociraptor ! You can find his shop here! )