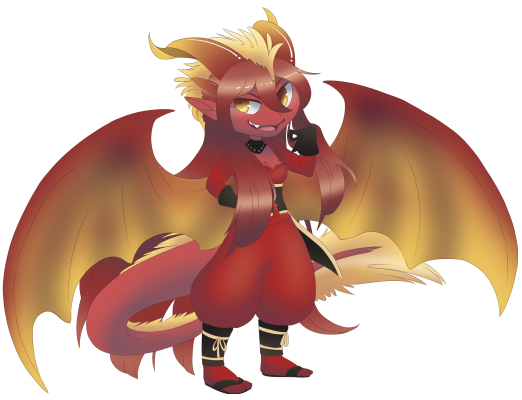 Kiru is infected with Lycanthropy. Changes into a beastly monster after exposure to moonlight or especially frustrating board games. Howling at the moon relieves the symptoms for a little while, but use a Golden Apple for best results.

Kiru loves and accepts you for who you are.
Kiru is a villain for hire.
If you visit Kiru's Villager House you might get a gift!
Kiru will answer questions in roleplay format if asked in her comments.

Information: This Chimera has molten hot blood meaning it's temperature is always very warm. However it is able to control it's body temperature. The creatures horns do fall off time to time these being prized items if found. Due to the hellish environment of the beast's bowels one also might find gems such as rubies and diamonds in it's excrements or within the mane on it's abdomen. It also enjoys making awful puns and under no circumstance let it go into salt water.


Powers: Ability to breath fire and regurgitate magma due to how it's digestive system works. It's urine can also be used as a weapon for it is acidic as any acid lake. When the chimera is getting a blast of fire ready their mane will glow causing them to glow a fiery red. Another ability is the power to consume living or organic matter and regurgitate it to create monsters. These smaller monsters can be left in places and act as a small army. There has been an account of a whole village being transformed into these creatures who act mostly violent and savage.

Another ability is that of assimilation. Should it choose to the Chimera has the ability to assimilate the mind of anything it consumes. Much knowledge can be gained in this way along with magical powers that can be simply learned. However being not blessed with magical powers many of these spells and wisdom are useless to them.

Along with an ability to assimilate the Chimera also has the ability to rebuild living tissue mean they could basically rebuild a whole person if they wanted to.

Biology: Kiru's mouth is filled with many different type teeth with most of these belonging to nether creatures such as demons and even rumored Great Origin Ones or Outer Gods. It's tongue is also abnormally long where about the tip rather than forked almost looks and acts like a hand. A mane is also seen that starts from the top of the head and ends at the tail where about it loops around their neck and waist. The fur in this mane is very much transparent and gains it's colors from the skin of the Chimera and the light. In dim light the mane can glow lightly and when not glowing it takes on more of a yellowish white color. The Chimera also has a hidden mouth on thier abdomen that opens sideways. Inside it are tentacles and teeth but it appears to have no connection to the stomach.

Things that stand out are the Chimera has two hearts,four stomachs and along with being able to breath air they can also draw in oxygen from water via cloacal respiration. One curious thing about the Chimera is that it posses no reproduction organs other then false breast. Breast being the only thing visible this being more than likely due to components used within it's creation. It is unknown if any type of secretions can be produced from these organs or if they are simply other yet unknown weapon but more than likely just personal flotation devices.

Feeding Habits: The Chimera mostly feeds on minerals coming in the form of rocks or another organic compound. Kiru also seems to have a sweet tooth for elven folk and even royalty. It seems like it is able to consume just about anything without having too much of a problem. In all honesty however Kiru does not even truly need to eat due to having a chamber within her body that produces nutritious bacteria and algae that are harvested in boiling acidic water that grow from internal light. Kiru even has the ability to store water within another chamber and for the most part recycles her own waste making it so if no water is available she can reuse what she has stored.

Kiru in fact is a man made Chimera who was born in a lab.
After the lab blew up however she went off on her merry way...

Being a neutral nature Kiru is not good or evil and is known to do a bit of both. From acting as a heater for a week at a hotspring to the total destruction of a whole kingdom this being a fairly easy task.
..Because.

Kiru happens to be the size of Godzilla in her large Kaiju state.


-Events-
Due to recent events involving the consumption of an evil wizard Kiru now has the ability to change sizes. She can freely go between a large and small form.

Another more recent event has come known that being perhaps the kaiju might have a cult following her or just a single person who has been collecting a lot of information on her. Only time will tell if this is true.

If Kiru is destroyed she will simple try to recollect herself to the best of her abilities. This results in her taking a mini form of herself called a Chimerik until she is able to regenerate in time. Her appearance in this form takes on the characteristics of a small red blob with legs with characteristics of her other forms.

Being bored one day Kiru went on an adventure with her friend Pastel.

Kiru is now officially a wizard.

Kiru is my OC so.. DONUT STEEL BLARG. In all seriousness though it's not kind or right to steal others characters. 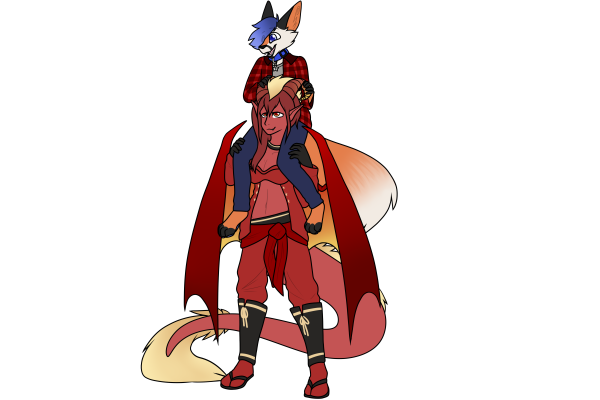 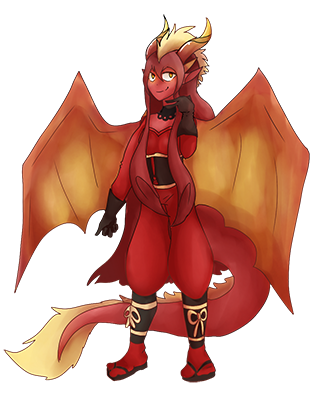 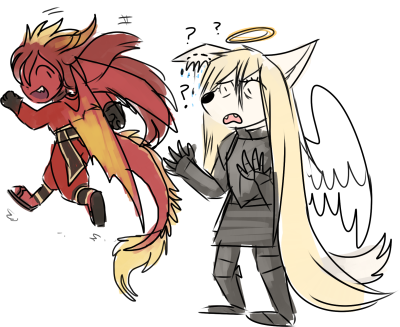