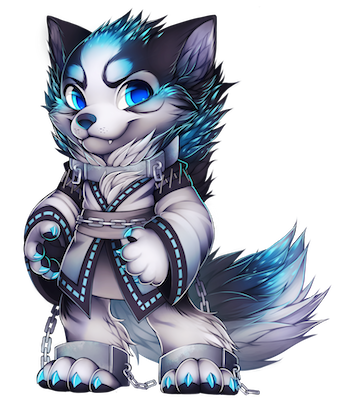 To become the best Animal tamer there is, Cormac went to so much hassle and trouble. He endured the pain of morphing into another species and in the process was cast out of his family, he very much loves. He further persued his goal by becoming one of the mystics of legend a mythical creature; godslike based on their species and for him, now a wolf, he changed into Fenrir.
He now lives a very solitary life, because all but his best friends fear him and wont go near him. But he is content with all of his animals around him, which love him unconditional.