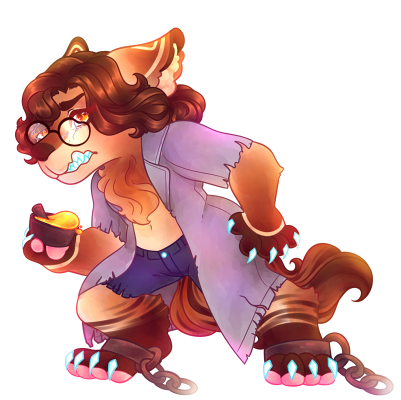 The claw which crushed the rose.

He never wanted to hurt anyone.

The gentle herbalist's lifelong affliction was not well known in the kingdom, except by high ranking royalty, so he was allowed to work in relative peace, as long as he stayed out of the moonlight and locked himself in his office on full moons. His beastly claws could neither tear through the locked door of the garden shed, nor twist the handle, and there were no holes to slip through, and no evidence of a break. He should have been fairly safe.

So it is a wonder how he managed to slip through the open door that night, steal across a kingdom, and kill the prized royal rose, Gwenwyn. The court would later find his office door ajar, although Lawrence was sure he had locked it that evening. He had never wanted to hurt anyone, but the evidence stands- Gwenwyn was dead, and her blood was on his claws when he woke the next morning.

He turned himself in to Prince Etienne, fell to his knees, and begged for forgiveness, and the swift mercy of death to ease his guilt. The Prince pardoned him, but would not grant him his request. For his crimes, Lawrence would instead serve the kingdom forever, but this time, in chains, as servant to the new King.

It might never be known who unlocked the door that night.