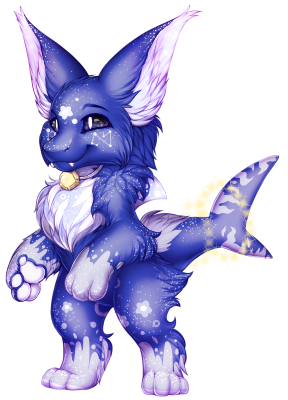 Lumiere no longer has a house! They will be unable to work. Please replace the house or move Lumiere into a FC slot.

Lumiere has been considered "scary" by some of the villagers for a while now; it's gotten to the point where she'll actually try to scare them for fun when they enter her lab. The truth is though that Lumiere is a huge nerd with an interest in both alchemy and astronomy. She's very social, and she has a weird habit of keeping her lab's lights off constantly just to impress others with her glow in the dark eyes and markings. It mostly bothers them because they can't see where they're going, but they don't say anything. They let Lumiere have her fun because she's just a child at heart.