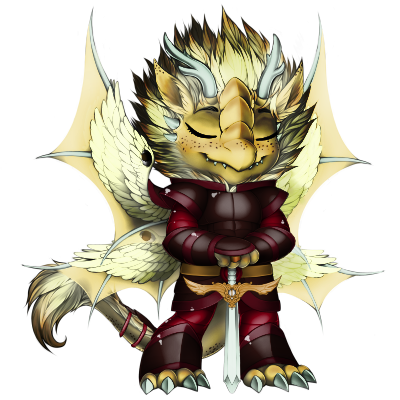 time is a fickle, strange thing. sometimes it changes a personality, and other times it clouds memories. for apollo, it only strengthened his devotion to galbatorix, his absolute love. while time and magic turned galbatorix into a cruel ruler, apollo remained a kind, forgiving warrior. they fought together decades ago side-by-side against the tyranny they shared hate for. even though he recognizes the drastic changes in his lover, apollo chooses to remain by his side in hopes of helping galbatorix return to his old self.

even though some orders are morally wrong, apollo attempts to execute them with as little conflict as possible. many know he is much kinder with punishments than the king, so apollo is often tasked with listening and helping subjects.