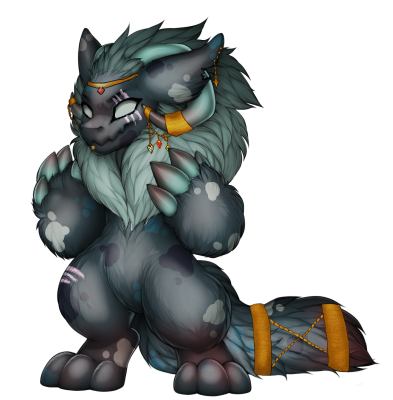 he/him | extremely old | genderless
✧ ✧ ✧
a very corrupt king, a very cynical wickerbeast. galbatroix became king through taking over the previous ruler with support from the common people. however, magical influence changed his outlook on life and the role of those in power. before, galbatorix believed in everyone having an equal say in government. now, the belief is that those with the highest, strongest power should rule over those weaker. he gradually changed the regulations in the kingdom over a period of hundreds of years until no one could remember life before him.

his loyal second-in-command is apollo, one of the only things galbatorix cares for and loves absolutely.

[ shares name with an "inheritance cycle" character, but is not him ]