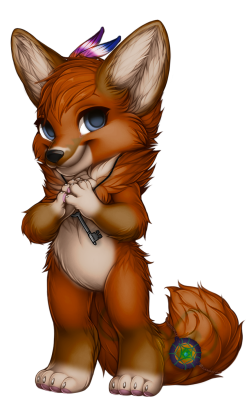 Avia means "God is my father" in Hebrew ~
(Her pet's name, Morpheus is a Greek mythology name and means "God of sleep and dreams" and "shapes" as in shapes dreams. It is also the name of a character in the matrix movie series.)

Personality~
Positive Traits: Outgoing, friendly, kind, caring, confident, free-spirited, creative, protective, loyal, honest.
Negative Traits: Hot-headed (gets angry easily), stubborn, can rush into a place without a well thought out plan, if she believes her friends are in danger and can be a little too honest at times.

Mental Disorders:
ADHD, Bipolar Disorder and OCD (As she has to have her things in a specific order!)

Likes: Making friends, being with friends, drawing, writing, reading, going on adventures (both through the magic of reading books and on real ones lol) collecting handmade dreamcatchers (which she makes herself) as well as feathers (for making dreamcatchers) & shiny rocks, having a pet to keep her company, while traveling through other's dreams & nightmares

Dislikes: Her own nightmares, being rejected, being alone, having artist's block, having writer's block, not feeling like reading anything (makes her sad) not going an adventure, someone stealing her collection of handmade dreamcatchers, feathers & shiny rocks, the thought of her pet running away/dying.

Was created as a Red Fox with the career: Herbalist.

Career Change log: First changed career to Crafter once on accident after joining, then back to Herbalist when I was suggested to start with using both; the Explorer career and the Herbalist career by another user after I had just joined here. Was again recently changed this month (July of 2017), this time to Cook temporarily for making food for the Monthly feast event, in order to make sure that, I get (at least) two feast event pets.

Original character created originally (Well, to be correct: first appeared in my dreams) then made on my user: Breezeyheart for the online roleplaying game, Feralheart.