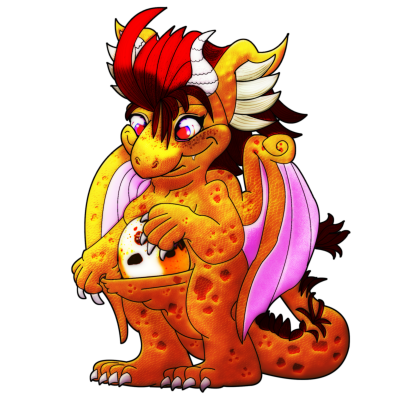 Female Potato dragons are also born with a pouch that they carry things with them. When it comes time to breed they will carry their egg there and protect it with their life.