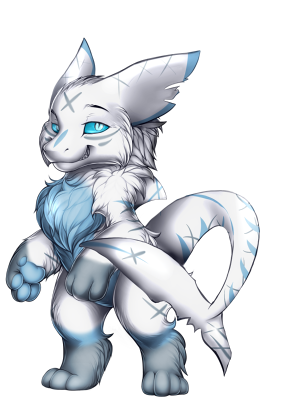 "i can resist everything, 'cept temptation."

Not friendly, but not exactly the biggest jerk - his intentions are usually unclear. He doesn't go out of his way to make friends or keep good company, and typically acts out according to his own self indulgence. Despite his senseless love of destruction, he's actually very lazy and laid-back. Preferring to nap most of the day away than actually do anything, he has developed a love for sinking ships and - well, eating things he probably shouldn't. With no care in the world for the welfare of others, he's been a pest to the Oceandome and has been looked down on by most it's residents and seen as no better than the monsters who attack their beloved home.