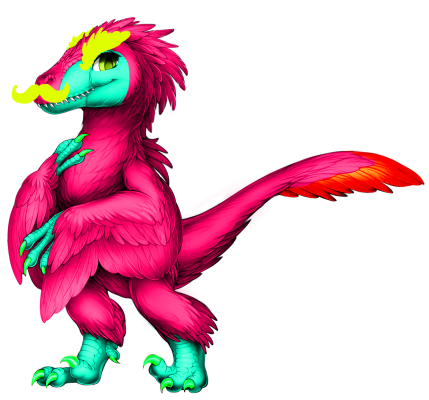 MANTHONY no longer has a house! They will be unable to work. Please replace the house or move MANTHONY into a FC slot.

No-one is entirely sure what gender MANTHONY is, since they answer questions only with written emoticons. They're certainly something manly, though - blessed with incredible strength and colours so bright, only the boldest can stare at them for more than a few seconds. In fact, MANTHONY running in slow motion through a meadow (WHILST LIFTING GIANT WEIGHTS) inspired the name and creation of the HOT PINK HUSKY RAPTOR SQUAD.

No-one's entirely sure how this unbelievably manly raptor came into existence, but that doesn't stop the MEGENDS. Most agree that at the very least, several bears were injured or otherwise subdued during the CREATION OF MAN(THONY), and several works of art have been dedicated to celebrating the topic. MANTHONY's legendarily LAVA-HOT TAIL is especially revered amongst the villagers; touching it for as long as possibruh before SICK BURNS can happen has become a challenge in itself.

MANTHONY may or may not know that they're a BROFFICIAL member of the HOT PINK HUSKY RAPTOR SQUAD, but they certainly accompany all of the MANLY MEN to their MANLY TEA PARTIES, and even brings along a RARE MANLY KETTLE (it's in the shape of a MONSTER TRUCK, BROBVIOUSLY). Overall, they seem to MENJOY the company of THE MANS, and THE MANS GREATLY MENJOY THE GIANT NEON MANSTACHE, so it's all good. 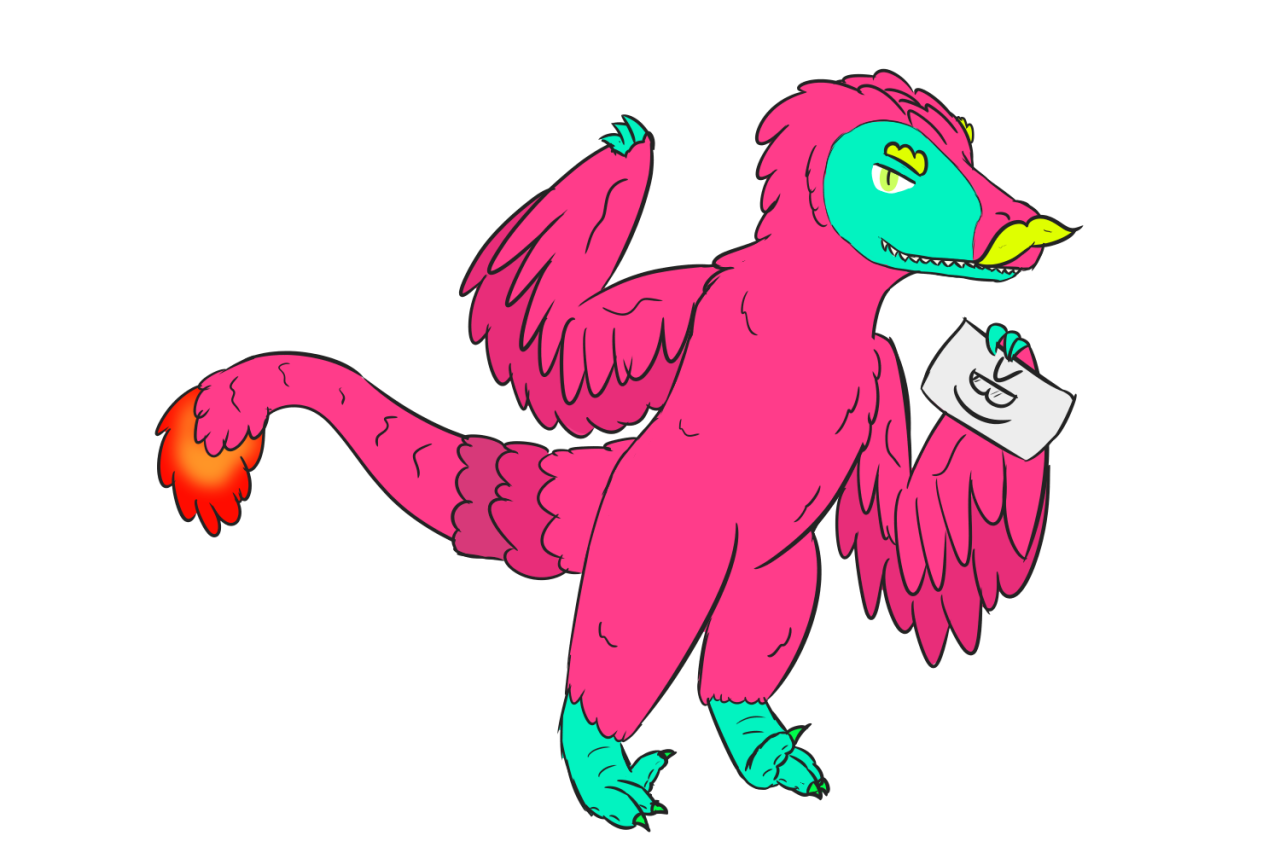