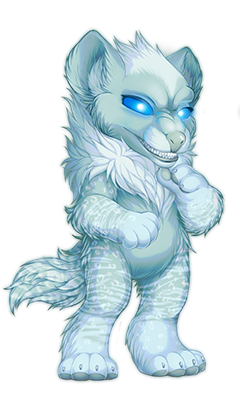 Xander roams between the planes of the living and the ethereal, searching for something unknown. He does not recall if there was ever a time when he was alive; as far as his memory takes him, he was always a ghost. But sometimes, he gets an overwhelming rush as if he himself was the life force. He can feel his will to push the lifeforce through his ghostly form, only to be cancelled out by the grey matter surrounding him.

Xander spent a lot of time experimenting with his own lifeforce energy. He managed to breach the barriers and willed the lifeforce to pump through him, changing his form to a more beastly version of himself. Although still a ghost, he felt more alive than ever! He was totally energized and adrenalized, had superspeed and strength, and felt incredible.

However. . . Xander's loneliness soon began to kick in, and he'd returned to his original ghostly form. From time to time, he would go into beast mode. He'd go from melancholy, tranquil, and dreamy to lively, aggressive and determined. Xander still needed time to retreat, and with practice he learned to switch forms at will and according to his whims.

Xander in either form is very spontaneous, and likes a change of pace.