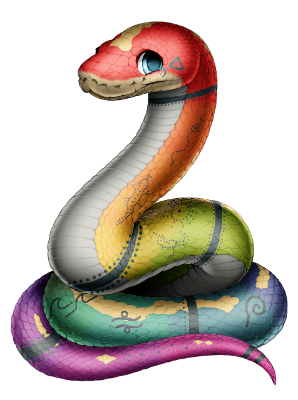 Mali is, through some strange quirk, Kira's twin brother. He died before birth however, and came back as a massive spiritual snake that usually sleeps inside his sister's soul. Through the years he's grown strong enough to manifest himself enough to be seen and felt. Given that he has no corporeal form, he can easily change his appearance, although he favors the forms of his natural prey. It's thought that he uses this to lure his prey in closer so he can eat them, absorbing them into pure energy to help him manifest himself longer.