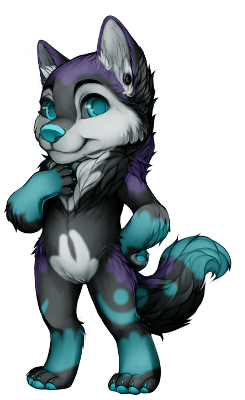 A raver with intense desires, Audio Jack spends most of his time in the club, flirting with anyone who comes close enough to him. He's a party boy in every sense of the phrase. His tongue is pierced and his ears gauged, more so, parts of him are partially bioluminescent, allowing him to choose when he wants to glow. He keeps earphones in his ear gauges, allowing him to bring the music wherever he goes.