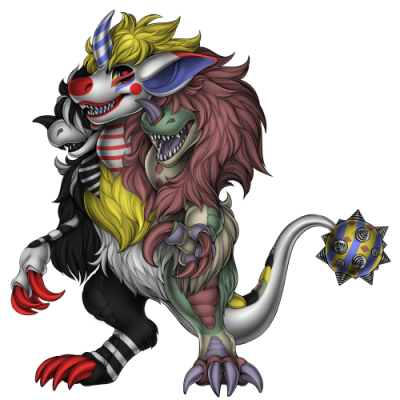 (From left to right)

(When addressing all three)

Marcy, the Mime, is the shy one of the group, rarely ever talking. Jesse, the Jester, is the sweetest and most friendly of the three. And Cassidy, the Clown, is the mischevious trickster and the leader of the three.

They all control each limb and are usually very in sync but when two try to control a body part in two different ways they can end up having a fight over who takes control.

If trying to talk to one, use their separate names. When trying to address all three at once call them Alley.

They’re generally a very friendly trio and are quite pleasant to talk to.