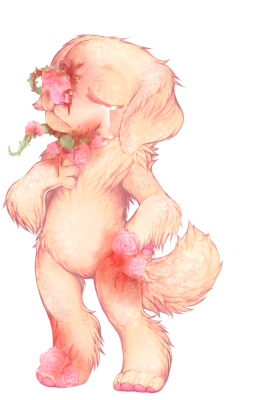 After confessing her love for her best friend,Daisy, she was viciously rejected by her and dropped as a friend.
She sat alone and broke down on a faraway beach, and was soon confronted by a deceiving spirit, who promised Tea that he could persuade her former friend to love her again, in return for ownership of her soul.

Tea fell for this masterful trickery and served the spirit, unknowingly granting him more power.After a while of not receiving what she was promised, she began to realise what she had fallen for.
retaliating and trying to break free from the spirit's power, but to no avail. She was then punished and cursed to live with painful rose plants inside of her flesh, eventually the plants broke through her skin and grew around her, displaying a bitterly beautiful sight, and crippling her. 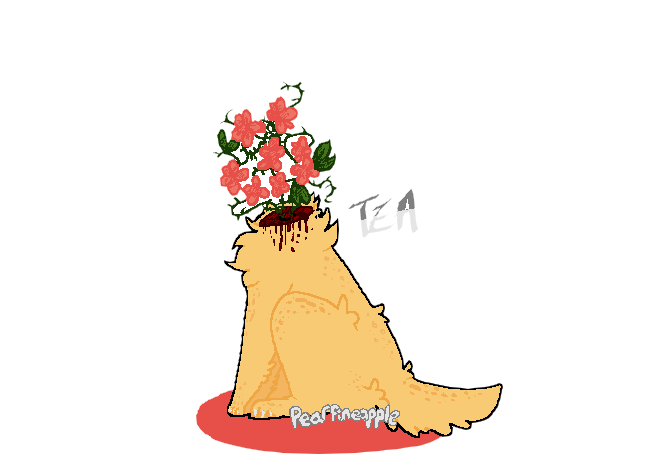