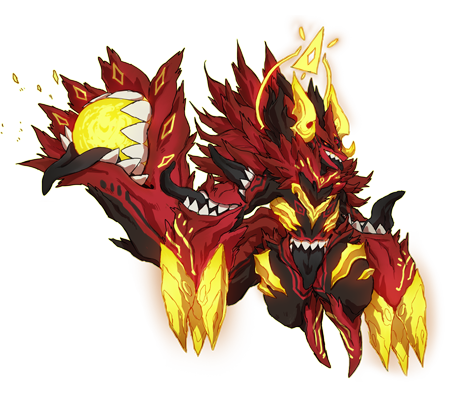 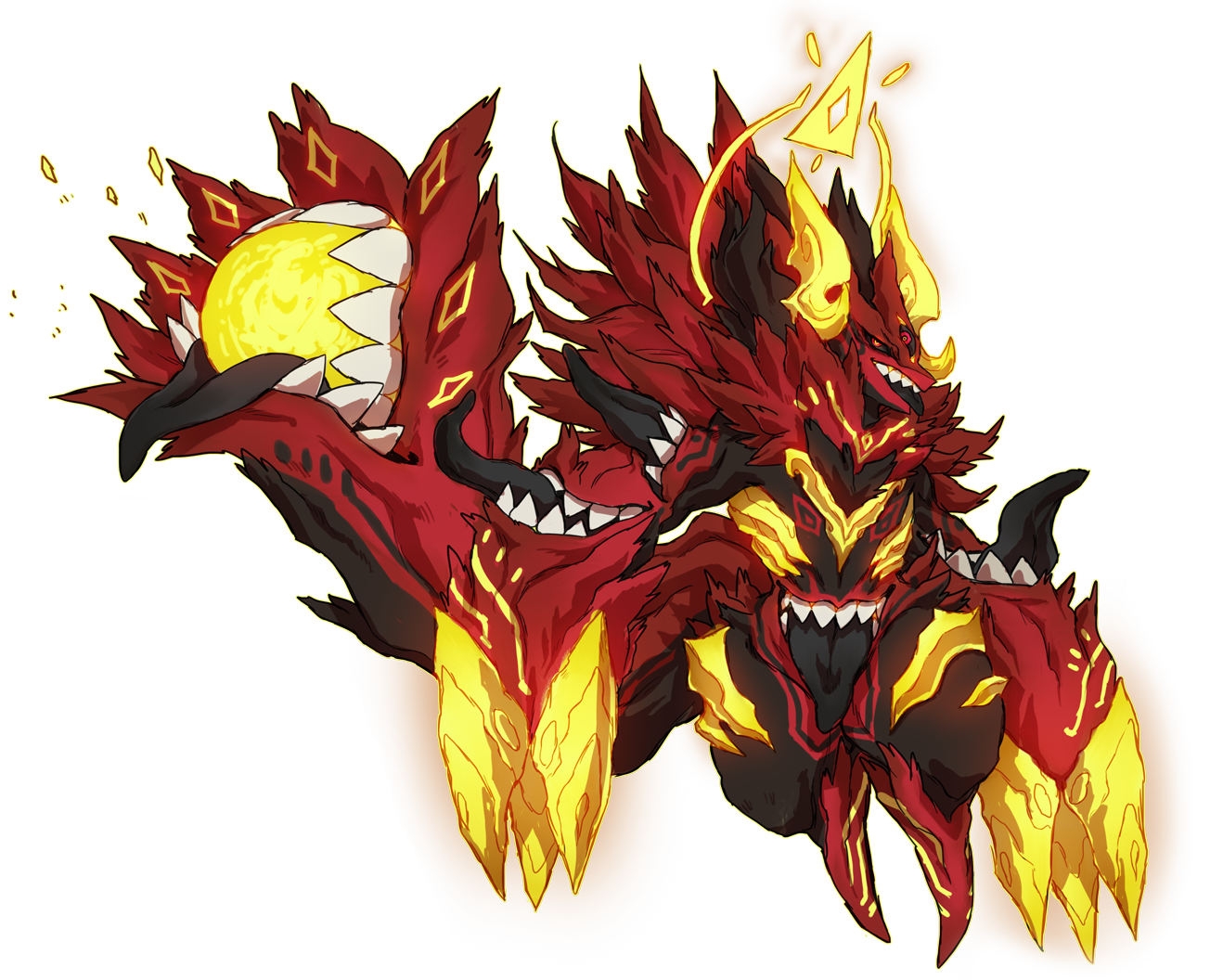 A crafty and cunning Fuwachii who places his own survival above everything else. He lives in a volcanic wasteland where beasts and other horrifying monstrosities roam, but will sometimes venture further around the world of Vectra using his magic. He’s lived a very long life, much like Deimos, as they are both Legendary-tier fuwachii. He has a long-standing rivalry with Deimos, and often enlists the help of Sovereign and Neovi to torment the old mountain hermit with elaborate pranks. Some beings would deem him cruel for his methods of survival, but he has a softer spot for smaller and weaker fuwachii. He looks out for Neovi and Sovereign, and will often trade them volcanic ash or hardened lava from his environment in exchange for trinkets or items from other areas of Vectra.

When he hatched out of his egg, his powers and form were shaped by the intense heat and struggle for survival, and little by little he grew more and more horrifying as the years went on as a means of keeping predators away, adapting himself and honing his powers to keep himself alive. Each mouth on his body is capable of speaking by itself, and there are times when multiple mouths can speak at once, all with different topics. Because of his appearance, even when he travels around, he keeps out of sight of any humans for fear that they'll attack him or think he's a demon out for blood. As one would expect of a fuwachii who grew up in a volcanic environment, his main abilities are fire based, specializing mainly in long-ranged flame attacks and lava manipulation. His body is heat and fire resistant much like the other beasts that wander the area.

Fuwachii are a closed species created by Snouken on deviantArt.
You cannot make your own.