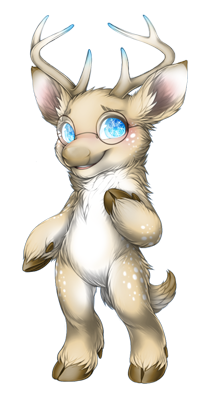 Hey moon, please forget to fall down,
Hey moon, don't you go down. A gentle and meek soul, Cody has had the power to freeze anything his hands or antlers touch ever since he was a child, causing him all sorts of trouble—it was only recently that he figured out how to control it, and he still slips up from time to time. He generally keeps to himself, always having to rest and recover after being around a lot of people, but if you engage him quietly about something he's interested in, he can become very friendly and talkative, often to the point of running out of breath. He's a frail boy with a big, but timid heart.

Cody is in a relationship with Zane, a kind and warm fox who Cody feels very happy and comfortable around. Cody is especially talkative around Zane. Sometimes he wears gloves when they hold hands, just in case something startles him--he wouldn't want to freeze anyone! 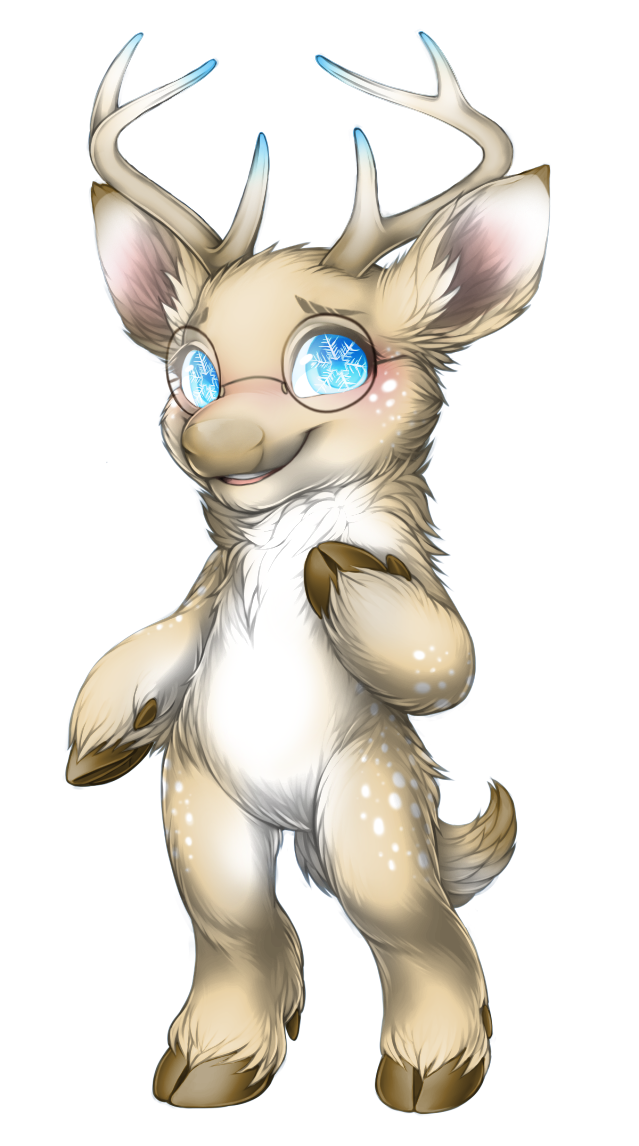