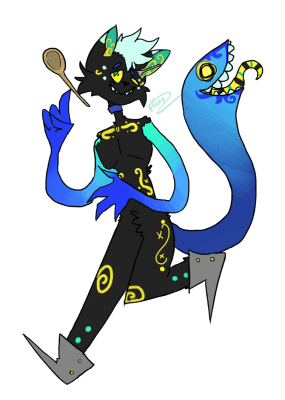 Color: Wants to be a child

Hisako tries to engrave their warped ideas into the minds of children below 13, Making them feel worthless by the time they grow up. They do not want to hurt anyone, Though. They are just passing on what they think is true. Hisako was raised around parents who would constantly fight, And would never really act like they cared, So they just assumed all adults were the same husks of people that their parents were. Hisako was a very sweet child during their short life, But was constantly harassed by adults for being naive and overly forgiving. The only thing they could not forgive were the adults, Who they pictured as twisted monsters whose only purpose was to torture children.
------------------
Their theme:

The kitty cat is talking again,
just like every other day,
with ghosts of children who cannot escape ~