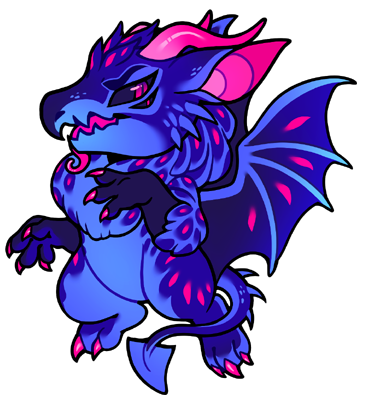 He may look and sound scary but in reality, he a softy. He is very shy and unlike Ocean who can make herself talk to others, Spike often hides behind his training dummies when a newcomer or a visitor comes around. He can warm up to someone though and when he does, he will make himself miserable to make them feel happy and safe. He finds fighting monsters and other villagers as a way to express his anger when he's upset or as a way to keep everyone safe, or even as a way to test his strength. He was also formerly a hyena and no one knows how he became what he is now but he did return like this from trying to take down some of the monsters from the increasing population of monsters.

Spike swung his sword at the monster in front of him. He swung and stabbed and finally the enemy was down. He looked behind him, his heart beginning to pound. He should have listened to them when they said that there were too many monsters to fight. He was surrounded. His short tail was in-between his legs and he let out a terrified yip. He swung his sword at another monster but one pinned him from behind. Spike yowled loudly and dropped the sword in surprise. He looked up through the sudden dust that surrounded him and held back a shriek. One of the monsters had a rope and was dragging it to Spike.
**********************
Spike's snout was against his chest when he woke. He was restrained against a tree. Rope was tied tightly around him and kept him from moving his arms or legs but his head was free. He looked up, and shook his head and he knew, he would never erase from his mind the details of the scene. Monsters of all shapes and sizes danced and spun in a wide circle around the tree that Spike was tied to. He was facing a cave entrance where green smoke seemed to pour out. He saw, from the green haze, a dark figure. It was moving to him so graciously, it was like magic. The monsters parted to let the creature pass and finally, Spike saw him.
The figure was a gryphon wearing a black plague mask. They wore a black robe to go with it. There were only specific features that told Spike that this thing was a gryphon. She held a book and was muttering an incantation. A bottle appeared in her talons. Inside was a mysterious blue liquid with a few shades of pink. The gryphon walked closer. closer. closer. Spike's heart seemed to rattle his rib cage. he pulled and strained against the ropes but it only made it tighter. Soon he could barely breath. He gasped for breath and the gryphon forced his mouth open, opened the bottled and poured the liquid down his throat. He tried to spit it back up but it stuck in his throat then seemed to force down into his stomach. He gasped as pain racked his body. He gasped for breath. One of the monsters untied the ropes and he collapsed to the ground, gasping. He clawed at his chest where it seemed to hurt the most. Then he clutched his stomach.
He groaned and tossed back and fourth. What had they done to him! It hurt! Everything hurt! There seemed to be no end. He closed his eyes as tears formed under his eyelids. Finally he blacked out and he felt pain no longer. He felt numb.
When he awoke, he felt different. He didn't know why but he felt off. Only when his vision cleared, did he know why. He was blue. He leaped to his feet and inspected himself. Blue and pink fur with pink horns! His tail was long and demon like. He had wings. He searched desperately for water and finally found a small puddle. In the puddle, he had four eyes and when he stuck out his tongue, it was long like a snakes. It was also pink. He shrieked and bolted back to the tree, his now much longer claws gave him a surprisingly better grip on the ground. For awhile, he stayed there, clutching the tree, his mind whirling before he began to look around. For a split second, he saw the gryphon's shadow but then it disappeared before he could have a proper look at it.
***********************
He stayed there for days, leaving the tree only to drink and to eat. Monsters avoided him and he kept seeing the gryphon. Finally he left the tree and crept home. When he got home, he was questioned. They didn't believe it was him at first but after awhile, they believed him and felt a little safer. But he didn't tell them about the gryphon. They shouldn't know and they never will......