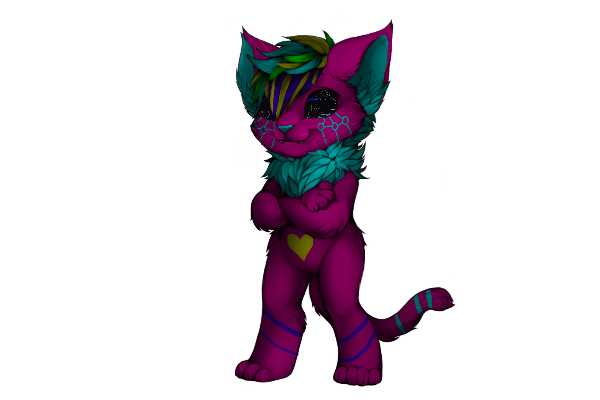 Bluscreen (or simply Blu) is known as the stoic "tough guy" of his group of friends. He's very quiet, especially when someone brings up his peculiar condition. His entire body seems to phase in and out of existence, and he bears two retractable white wings in slits in his back. When he's scared or nervous, almost his entire body will disappear at a time.
No one really knows how he became so glitched, but he isn't talking.

Rumor has it that it's because of a dimensional rip that sucked him in.
Or a deal with a fairy.
Or maybe he was just born like that

No one knows, and no one is brave enough to ask.

[[All comments by Bluscreen will be in character]]