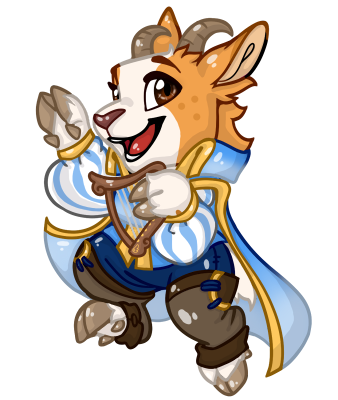 Firefly is an excitable youth, full of curiosity. He loves to play his lyre for others, dazzling them when he makes leaves flutter and dance to the song he plays. Kind and resourceful to a fault, there is a clever side to this hopeless romantic. Like most bards, he has seen his fair share of suffering. More times than often he plays a tune to ease those who are mortally wounded or to lift spirits of the downtrodden.

At times, he feels lonely yet frightened while traveling the open roads. Especially as night approaches. He can, however, be brave if he needs to be despite not being physically nor magically strong. He'll happy risk harm if it means to protect innocent bystanders thanks to his strong sense of justice and compassion.
Firefly has a strong aversion to taverns or places that serve alcohol and will go way out of his way to avoid any places that have such establishments for reasons he doesn't speak of.