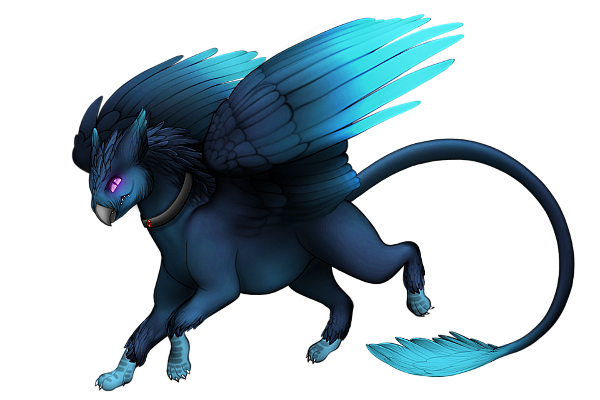 Kiiro has fallen ill with Cloud Sickness. Number of explorations per hour is halved. This illness can be cured with Bottled Rainstorm.

Species: Knowledge Demon
Age: Forever young hooray
Occupation: Demon prince
Abilities: He can turn into a great horned owl of the same coloration. He has immunities to most magics and seems to simply absorb the energy from magic attempts.
Bio: Kiiro can come off as an incredibly nice guy; kind, polite, adorable, and seemingly meek. One would never be able to guess that he's a terrible person-- not until he's already made his move to end them.
He is the son of Stolas, the demon prince of knowledge. As such, Kiiro is very learned in his father's areas of expertise: astronomy, poisonous plants, herbs, and precious stones. He wears a ruby on his black choker, and in it he stores massive reserves of energy to be called upon in times of need.
He secretly has a soft core, and very much struggles to hold his position of royalty in the underworld. Kiiro is the master of deception, though. If he can fool his enemies, he can most certainly fool his allies, too.