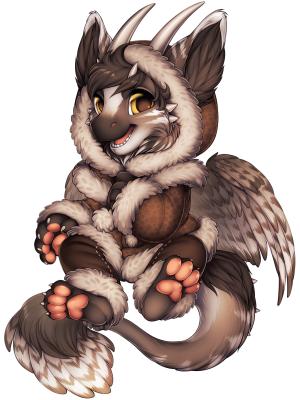 Used to be a bearded vulture velociraptor named Trent.
---
Antarctic has hopes of visiting Antarctica, where he was born, and hopes to become the best warrior there is!


He's usually happy, bubbly, and excited, and loves anything snow themed, winter, or anything cold. He doesn't like heat too much, though. If you're wondering why all of your fish is gone and there's a fluffy dutch angel dragon in your fridge, blame it on him!
---
Facts about Antarctica:

- Antarctica has an estimated 10 million penguins

- There are 55 research stations in Antarctica

-The coldest temperature recorded was in Vostok Station, Antarctica, at -89.c C

- Australia has the largest land claim on Antarctica