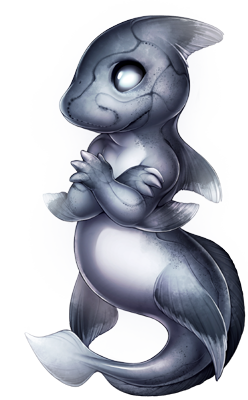 Haneul is infected with Zombipathy. Eating brains relieves symptoms for a time, but comes with memories of the brain's former life. Your doctor recommends adding hot sauce for extra flavor, but a Golden Apple a day will send the Zombipathy away.

His name means Heaven, sky, in Korean. Although he can't fly, he can swim fast underwater, and take care of multiple things at once.
Haneul's a friend of Akasuki, and they both get along together. He was visiting Japan during the time Akasuki was walking back home. Hanuel had plans to show the locals some of the animals he had. When he saw her walking home, Hanuel let a penguin follow her, and she kept it as a pet. Later on, Hanuel told Akasuki he had let the penguin wander off to her as a gift, seeing that she had looked sad. Akasuki seemed to have an interest in his animal husbandry, and he seemed to be interested in warriors and her story, Sooner or later, they became friends.

Hanuel is a bit wary of meeting people at first, but once you get to know him, he's a great friend. He lives near the shores of South Korea.

----
Used to be a Garden Tiger Moth named Ashi
----
Haneul will sometimes leave random villagers piles of FC, Herbalists Pots, Animals, Animal Stables, Miracle Growth Potions, or seeds from Tigereye Peak, if you're lucky enough.
------
His CSS is a work in progress