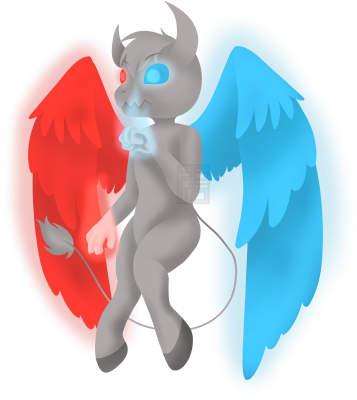 DreamEater was an attempt at making a multi-hybrid, but it was too much and eventually caused a lab explosion. thus, making him a monster with partial animal parts, and powers from the explosion.

But that's just a theory! he can only grab so little information from all the debris he woke up on.


DreamEater may look intimidating, but he is mostly neutral and in rare times, he would even give you random debris and items to show that you are his friend :>

Awesome paintie made by spectral