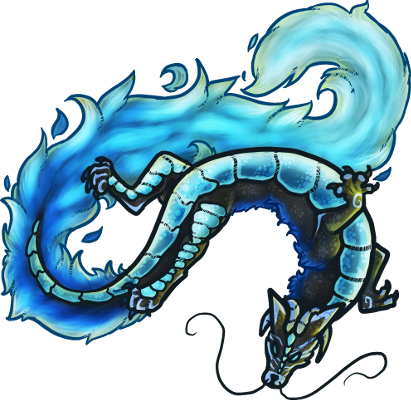 A creature who often goes by the name "Faint Wisps", preferring to keep his "real" name hidden. He has a certain fear of being in the woods alone, and spends most of his time floating in the sky, hovering from cloudbank to cloudbank, basking in the gentle light of the rising moon and gleaming against the rising sun's rays.

As his alternate name implies, he's unsure of his past or where he came from. A whisper of a memory, a faint image of faces he once known plague him in his dreams. And he has an unsettling feeling about what he perceives as "reality"--if it's truly "real" or not, why he's here, what he is meant to do. And it terrifies him.

Creature + Paintie by Infernette <3! And you can check out their art here!