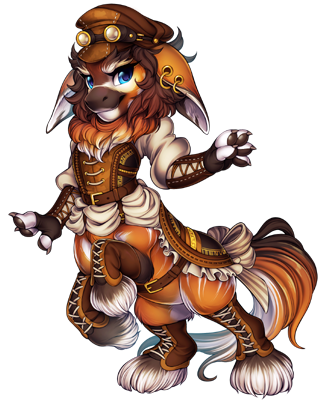 As the warmth of the sun leaves my back,
And these bruise-colored skies fade to black,
All of these roads look the same, and not a one knows my name,
Oh, I am a long way from home.

A mysterious conductor who was thought to be long dead in a tragic train wreck. Some say on train rides, if you listen closely near the window, you might hear the sound of his voice powering the ghost train he conducts. Old wives tales say this means your train has been cursed with bad luck, and is doomed to crash or fail--others say it's great fortune, that no harm will befall you on your trip.

Mostly, Howler just likes singing. It's hard to find things to do when you're dead.

[Adopted as a wanderer - originally a Tiger Shark]