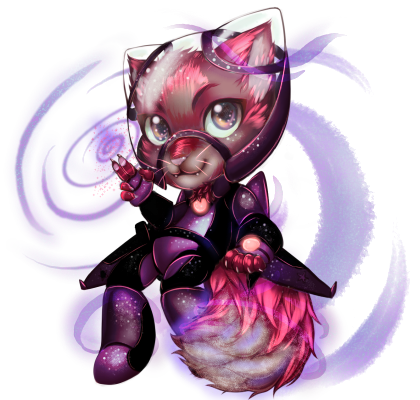 what's this?
it's another aercat
~ooOOoOooooO~

Aside from that, Phos is a bold fellow, who likes to think he's suave and savvy, but gets quite a lot of flack for it. It doesn't help that he's not a "true" cat--he has some blood of an elemental in his veins, and is what others would call a "Shifter" of sorts. It's more of this that bothers quite a few people, including some of Olume's gang, He doesn't mind too much though, but he's been beaten down a couple of times to know where his place is.

He has dreams for a bigger, better place though. He knows there's other places to go, and hopes that he'll find somewhere that he truly belongs.

awesome paintie by chibicheesepuff and you can find her work here!