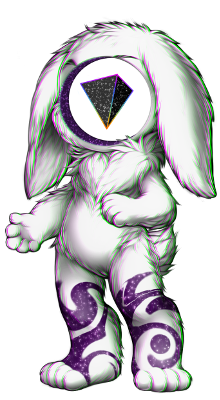 Relationship Status: Single and Open
(Mighty bold of you to say that for me, don't you agree?)
You're lonely and with low standards, I don't think I need to explain myself.
(Love is a complicated thing, and not to mention I haven't met a lot of other beings who can live as long as I. You know how much I hate heartbreak.)
What about Absolon?
(He and I never clicked. He has the same problem as well-I doubt he'll ever find a mate.)
He's not as picky as you think he is. He's willing to settle for a creature other than a dragon as long as he can spend the rest of his life with them.
(And your point is?)
If even that closed-minded jerk can make exceptions, so can you. Now can you at least try to not be so aloof?
(If you say so. And no, being aloof is in my nature as a Guardian.)
Whatever you say.

On the outside of Silverflecked Village, deep in the woods, lies a mysterious temple of unknown origin and contents. No one knows how long it has been there, as it always remains clean with a shiny onyx surface even in the worst of weather. Sometimes, a peculiar figure will be found not far from the temple, an example being Starscape Child, and claim they have seen the structure, but the only one to truly ever be seen inside the structure is the Guardian.

It was Blue who was the first one in Silverflecked Village to discover the temple, but it was Rain who first explored it. The wolf had been aimlessly wandering about, lost in some sort of depressed daze-although the reason for this is unknown. When he finally decided to stop moping and start on his way home, he realized he had wandered much farther away from the village than he had originally thought. With night fast approaching, undoubtedly bringing many monsters with it, a panicked Blue began to wonder if he would ever return home. Then, he stumbled upon the temple. Gathering up as much courage as he could, he began to approach the temple in hope of shelter. Then, something appeared.

For someone already in a panicked state, a pure white rabbit with a green and purple light around it, not to mention missing a chunk of it's face with a rainbow prism in its place, would come as quite a scare. Immediately Blue took to fleeing, and somehow ended up back at Silverflecked Village much quicker than it had taken him to get lost. He explained what had happened to Rain, the the reaper dragon decided to search for the temple herself.

The first few days of her expedition were unsuccessful, and Rain only succeeded in getting herself more lost than even Blue had been. Though she was able to take on the monsters that prowled the night with ease, she had unfortunately not brought enough provisions and supplies to last her such a long expedition. Somewhere within the second week, stumbling around dazed and hungry, she came upon the temple. Her mind suddenly clear, she realized only those who were in need or came upon the temple unintentionally could find it-as that was it's will. The rabbit was standing in the same place as Blue had seen it, but unlike the wolf, a much braver Rain approached the figure.

To her surprise, it was passive rather than hostile. Rain tried to approach with her head high, although it was difficult because she was so tired and hungry, and introduced herself as the leader of Silverflecked Village not far from there. As she got closer, she realized a faint musical tone was emanating from the rabbit. It said nothing, only turned around and began to walk through the dark entrance into the temple. Rain, taking this as a good sign, followed.

The maze was dark, a labyrinth, and the only light there seemed to radiate from small black jewels in the walls. The rabbit led her down and down, until they finally entered a dimly lit chamber. The walls were covered in runes, and in the middle was a square pool filled with a reflective, stagnant black water. It could almost be mistaken for a clean black linoleum floor. Rain stood at the edge, then looked to the rabbit, who made no response. Then the reaper dragon let herself fall into the pool.

All was darkness in the water. It was neither cold, nor warm. It was almost like falling through liquid air. Rain let herself sink-she didn't think she could even move if she wanted too. Then, with no sound at all, she fell from the water and onto a floor of soft, green grass. Opening her eyes, a few looks around told Rain she was in some kind of paradise. Behind her was a temple wall, which seemed to stretch so far and climb so high that it looked as if it had no end, but to the front of her was a wondrous sort of jungle, if you could even call it that.

Trees climbed high, littered with colorful fruits and draped with vines. The grass was soft, and the greenest she had ever seen. All around were tiny springs filled with crystal clear water. Animals she had never seem before flew in the sky and jumped from tree to tree, a few of the braver ones crawling up to Rain and then dashing away, chittering happily and carefree. Rain began to explore, eating the fruits on the trees and drinking the water in the springs until she was no longer hungry or thirsty. One she had eaten her fill, she lay upon the ground and, the warm sun lighting up the perfect world around her, fell asleep filled with calm. The next day Rain woke up in her bed in Silverflecked Village, surrounded by her villagers. They explained how she had been gone far longer than they had anticipated, but then suddenly appeared in her bed with no traces as to where she had been. Any future journeys Rain took to the temple resulted in her arriving there in a surprisingly short amount of time, as the Guardian liked her and wished it to be so.

The Guardian, although odd in appearance, is a passive and gentle being. It makes no sound when it moves about, and the only noise it makes is a musical tune that sounds from the rainbow prism in the middle of it's face. It does not talk with a mouth, but rather telepathically sounds words in the heads of those it wants to communicate to, and you can tell if it is speaking telepathically if the musical tune around it increases in volume. It's 'voice' is lithe and calm, genderless and always with an even tone. But it is rare one will ever get to hear it, as it only chooses to speak to a select few. It is surprisingly resilient and doesn't take damage easily, and even when it does receive a wound it is able to heal rather quickly. But this does not apply to the prism in it's face. If the prism is ever damaged, it cannot be healed, and if it were to ever shatter or break it would kill the Guardian. Destroying the prism is the only way to kill the Guardian and erase it from the world, for even if it's body is destroyed it can reform as long as the prism remains in shape.

The Guardian is a helpful being, who likes to lead weary and lost travelers back to their homes and sometimes providing them with small piles of fruit or canisters of spring water. Allowing you into it's temple is the highest honor one can receive from it. The villagers of Silverflecked Village, although few know the Guardian personally, speak kindly of it as if it is a friend and it's mere presence calms them, unlike their weariness to Starscape Child. Every once in a while, the Guardian will create new life from the top section of the temple-in the point of the triangle where the top may open so the sky is revealed-using a mysterious multi-colored jewel and the light of the full moon and the stars. One of these lifeforms is Starscape Child. It is unknown why the Guardian does this, but it is theorized that it wants to fill the world with creatures just as odd and beautiful as it, and provide everyone who deserves one with a friend.

The paradise Rain visited is known as Sanctuary. It is far away from the lands of FurVilla, and a safe haven free from danger. The Guardian has promised Rain that if her village is ever in trouble, it will allow all of them to pass through the portal and live in Sanctuary. As the Guardian can control the portal at will, it can monitor who goes in or out, and Silverflecked Village will be completely safe there. Rain has never taken up the offer, but has definitely considered it once or twice. As Rain loves the inhabitants of Silverflecked Village with all her heart and would do anything to protect them, it is very much possible she might take up the Guardian's offer one day.

Full sized version of his paintie! 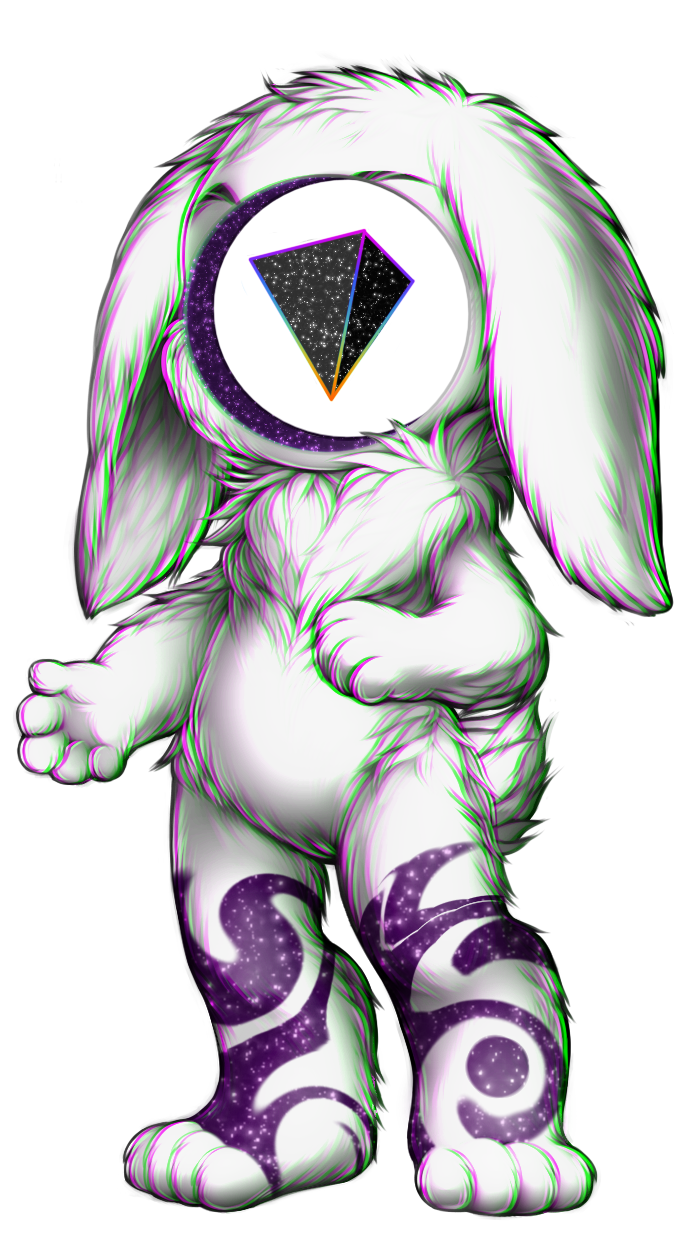