I am pleased to announced the start of Oceandome's annual Treasure Hunt!

The Treasure Hunt starts now and will run until 11:59 PM on October 12th.

The Prize Shoppe(s) will open when unlocked, and will close at 11:59 PM on October 19th.

Now, read on and pay close attention! The event has been completely redesigned from its previous iterations.

To foster the spirit of cooperation, Oceandome's own Mayor Octavia has decreed that all participants in the Hunt be organized into three teams, independent of which village you hail from. 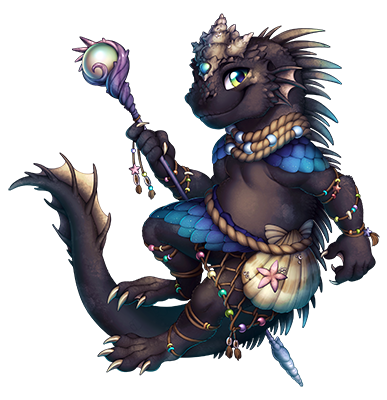 Octavia has assigned her dear friend, Hammondae, as the Hunt's chief organizer. Hammondae will interview you each one by one to determine which team best fits your personality. What they say goes, no take backs!

Will you be a Deapsea Dreamer, a Kreeping Kraken, or a Seafaring Serpent? Only Hammondae can say.

Once you join your team, you will be assigned a ship and meet your crew. Your crew will welcome you with a special gift, and help you to embark on your adventure!

Once aboard your ship, you will be taken to the Hunt's main hub where you see part of a Treasure Map. When the event first starts, the only accessible parts of this map will be links to a Novice Battleground and a Contest page. 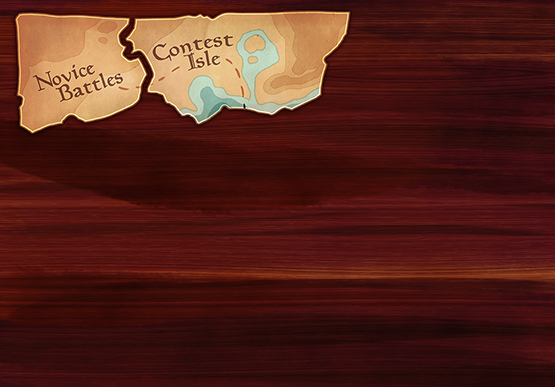 The contest is a friendly art contest where players are invited to design their ship's flag. Make sure you visit the contest thread and read the rules for more info.

There are several additional map locations to be discovered! Each team will compete to discover the next part of the map by contributing Treasure Hunt Map Fragments to a common pool.

Treasure Hunt Map Fragments are attained in two ways: as loot from the Hunt's battlegrounds, and as drops found by explorers while doing regular exploring.

Any map fragments you contribute will advance your team's progress towards unlocking the next area on the Treasure Map. Once an area is unlocked, every player will have access to that area, regardless of team affiliation.

If another team beats yours to unlocking the next area, don't fret. The progress your team made will be applied to the following area, thus giving your team a head start!

Without giving away too much, I will simply say that most the areas unlocked will give you opportunities to do what this event is all about... hunting for treasure!

Please note that this year's Treasure Hunt Map Fragments will not keep their use beyond this year. So while you can hold on to extra map fragments as souvenirs, they will not give a head start in the next Treasure Hunt.

Your Ship and Crew

When you first join the event, you will be given a simple boat and a crew. Hover over their icons to familiarize yourself with your shipmates.

Every 2 hours, you will be able to send your crew out to sweep the areas around your ship to hunt for treasure and other special items.

Your ship is able to be upgraded twice. Progress on upgrading your ship is made by helping to unlock the Treasure Map by contributing Treasure Hunt Map Fragments.

With each upgrade of your ship, you will also take on an additional crew member. This means more potential treasure found with each sweep!

Furthermore, with their unique skills and responsibilities, each crewmember will give you handy alerts to such events as new map areas being discovered, the crew being ready to search for treasure, your ship being ready for upgrade, and treasure being spotted in various areas of the map.

However, if personal glory is what you crave, there is a leaderboard to keep track of which ship has contributed the most map fragments. You will also receive a special prize at the Hunt's end for successfully upgrading your boat to Tier 3, regardless of where you fall on the leaderboard.

Oodles of treasure... the ultimate goal of any treasure hunt, right?

As alluded to earlier, there are two ways to hunt for treasure:

- Sending your crew to sweep the area for treasure every 2 hours. Remember, the bigger the boat the bigger your crew, and the more treasure they will find.

- Searching unlocked areas on the map for treasure. Treasure will spawn in each area in different ways. Each area has a crew member with the ability to automatically alert you to the presence of treasure in their assigned area. So don't neglect on upgrading your boat and growing your crew!

Each team has a different pool of treasure that may be discovered by your crew with each sweep. However, your team does not effect which treasure you may discover in the areas of the treasure map.

So in the end, what do you do with your treasure?

You can convert it to Plunder Points! Plunder Points are currency which you will be able to spend on prizes at the end of the event. You may select treasure you want to convert via the link on the event page, or directly from your inventory.

Note that unspent Plunder Points will not carry over to next year. But feel free to be a hoarding dragon and keep the treasure for your ever-growing trove! All treasure from this year, as well as previous years may be converted to Plunder Points in this and future Hunts.

Oh yes, a certain traveling hyena wanted me to mention that should you happen to be an older player and still have leftover pieces of treasure from previous Hunts, it will still benefit you to earn as much as you can this year to spend in the prize shoppe(s). That's all I can really say at the moment though... Shoppe(s).

A Special Note from Quinn

While we've done our best to test all potential bugs, there is certainly the chance that something could go awry as this newly designed event plays out fully for the first time. I will be keeping close watch, but please do report any discovered bugs in the bug report forum. Thank you!