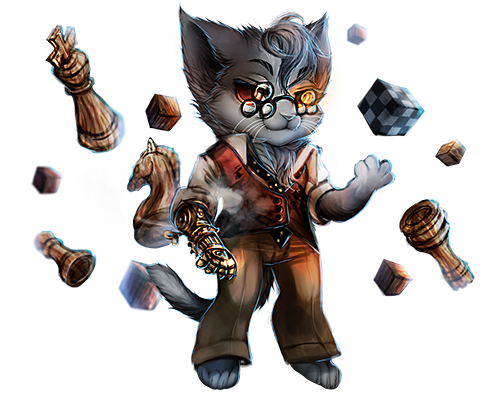 As young as a kid, Hamilton discovered that he harnessed the power of telekinesis. Using it as means of battle the evilness, he earned more than just scars, black and blue on his body. It shaped him into a positive, selfless person and taught him a lesson that the world leaves no mercy to anyone equally.

Sometimes he doesn’t know his own limits, and thus explains his brass prosthetic - casted after he lost his arm in an incident. Something terrible that left him traumatized and transformed from a passionate and reckless person to cold, short-tempered, wrathful, ridiculously cautious and vengeful.
He is still very selfless however, just in a different way and expressed unusually.

Hamilton came from a family of fighters. His ancestors were either soldiers, warriors or law enforcers that worked across the four corners of the world. As such, he chose to become one of them to inherit this tradition