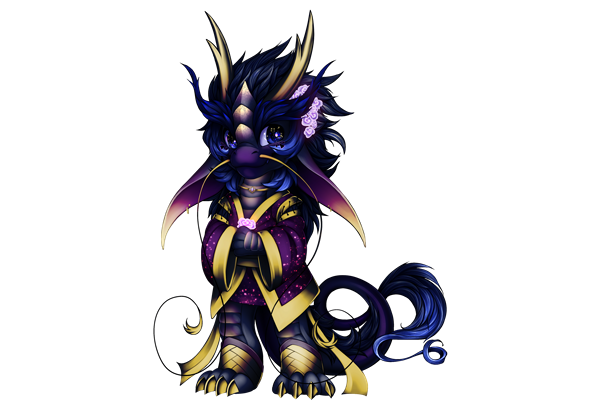 There is a legend of a God who was born from nothingness, who created the universe. This God created multiple deities who are in charge of their own aspect. One of them was Ryusei.
Ryusei was a dragon in charge of the creation of the stars. Ryusei painted the universe with all sorts of stars and beauty, but as time passed, he grew bored. He then saw joy in destruction, creating black holes and destroying planets for his own amusement.
The creator, angered by Ryusei's action banished him in a nearby planet and stripped him of most of his power.

Throughout his years of staying in earth, Ryusei spent most of his time meditating and ridding of his pleasure for destruction. He became wise and learned of the mortal's ways and became accustomed to them.
Now, Ryusei lives in Quetzal Palace as a warrior, using his desire for destruction in a good way, by defeating monsters who attack his village.

Calm and reserved most of the time. In combat, he becomes very aggressive. Often acts elegant around other people, as if he's royalty. Spends a lot of his time meditating. Often stargazes and wishes he was back up there in the stars.