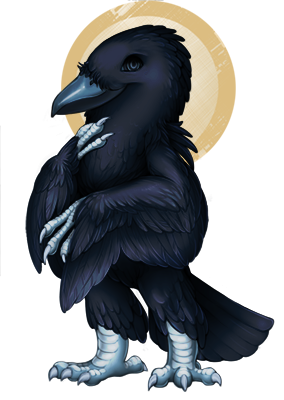 Crowface has fallen ill with Yeti Illness. Number of explorations per hour is halved. This illness can be cured with Yeti Blood Infusion.

It's a death spirit here to reap what you've sown. Don't worry, that isn't some kind of analogy. They only deal with plants.

If a villager's harvesting attempt fails, it might be the crow's fault. For whatever reason, Crowface feels especially bad for always ruining Shilah's crops. They keep bringing more seeds to him in their off time so that the poor deer can try again.