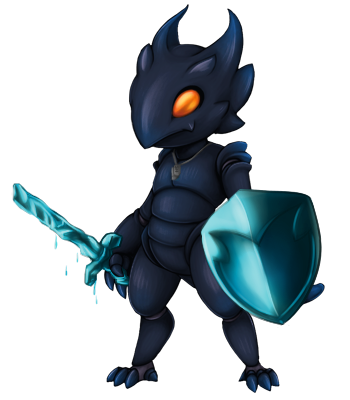 Vuitird is a Mineral Demon (click link below for details on species; Tspuun is the original creator)

Vuitird went against being what his kind is. He believed he wasn't strong enough and became a solo warrior. Or he believed he could go about life alone... Things were getting difficult almost to the point of death when he came across Frost Village; where he felt his warrior adrenaline would be of use. In a way he has become part of a pact with the villagers; even he doesn't seem to get along with everyone.

Vuitird likes to be in charge of the explorers; so he can keep his eyes on them.
Vuitird likes the cold air since he is always running well above temperature.