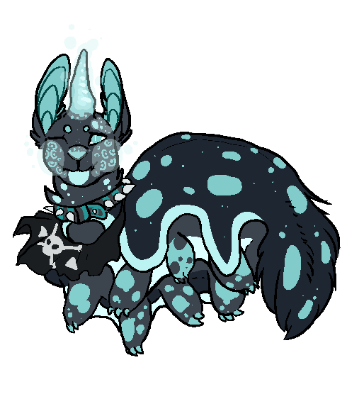 This is Hivemind! She's a Gastrogem! Go get one of your own!

Hivemind is a collective creature, with multiple creatures connected to her own mind. Think of it as a big telephone conversation that never ends. She is born agender, but likes to look at herself as a female.

Hivemind is very collective as I've said before, meaning she'll hoard lots of things, like shells, pearls, and pretty things she finds at the bottom of the ocean.

She was found by Sukii, who have her a loving home and a new playmate, Speckle!

Hivemind and Speckle are similar species, but aren't related! Both are very small, and play in the sand while Sukii works away on houses, pots or animal shelters!