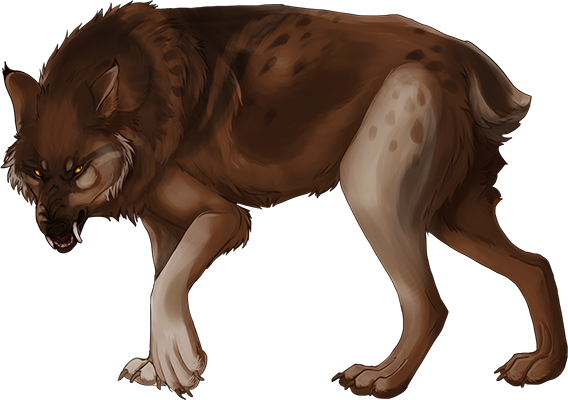 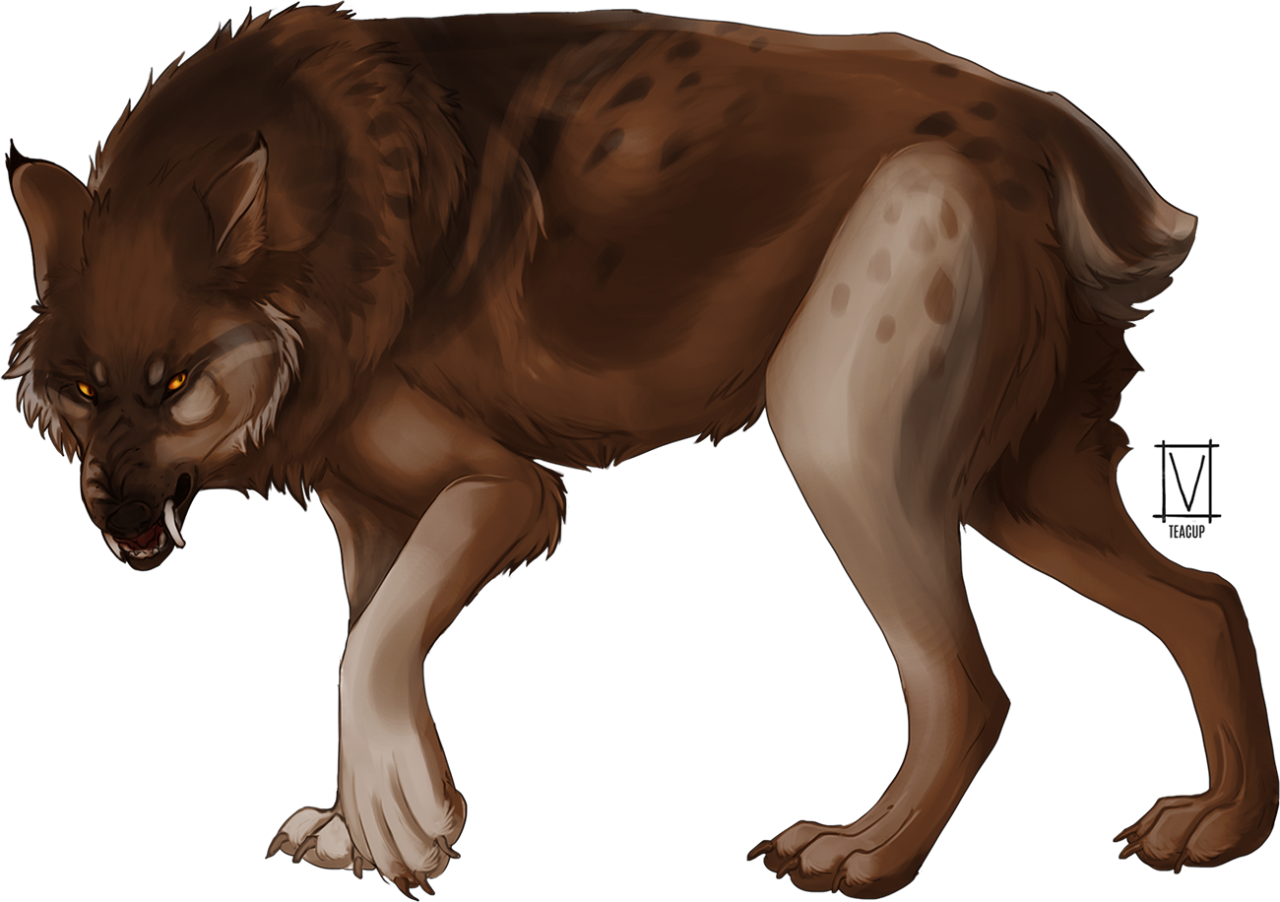 Moorland Svoleten
• Average 170 - 200 lb
• The Average pack consists of 3 - 7 animals.
• Long teeth.
• The most common subspecies of Svoletens, often found in temperate forests, plains, moorlands and grasslands with an abundance of prey.
• The Moorland has very dense and fluffy winter fur that stays the same colour all year around, with short underfur and long, coarse guard hairs. In the spring it will shed it’s winter fur and it will grow back in late autumn. The longest fur occur in the back of their spine, back, elbows and chest.
• Their fur is always varying shades of brown, but it may also have black. The fur has both striped designs and dotted designs.
• Their eyes ranges from yellow to brown to orange, but it may have speckles of brown.
• Their diet consists mainly of herbivorous mammals in the area they find themselves. Due to their large size, they often bring down full grown moose.
• Feature short, stubby tails.