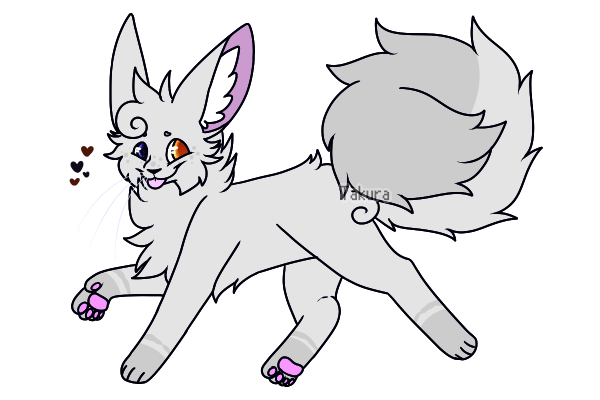 Riley is a small, nervous kiddo who just wants to help others. Sometimes accidents happen, though, and so he was orphaned - he lives with his uncle for the time being.
He likes to spend his time trying to make friends. Usually is seen wearing an oversized blue sweater. He's not sure how one of his eyes came to be starry blue like that, but he doesn't mind.
Has a ferret named Noodles.