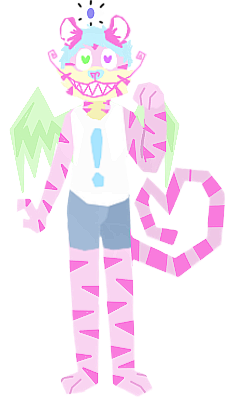 It's almost impossible to describe Marly. He has infinite rows of teeth, he loves twisting and melding flesh (without others permission), he is impossible to perceive, and there's a good chance he's directly responsible for every natural disaster. He thinks everything is a game, and claims to be from the 'In-Between', though any attempts to explain usually drives the listeners insane. He's unknowable, unfathomable and unable to understand social rules or the concept of death.
He loves teeth and meat. He will do favors in exchange.

Never, never give him your name. You don't want to give him any more power over you than he does already.