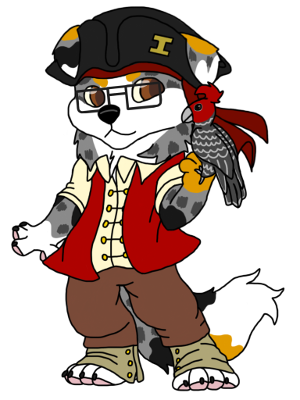 Personality: He is selectively mute. Usually seen with his bird friend, who speaks for him most of the time. Can come off as the shy type, but he's just non-verbal for the most part


First mate to a child captain on The Neverland. Out of a whole crew of worthy pirates, they just happened to choose the one afraid of water to be second in command. Despite his fears, Price manages to do his job fairly well.
He rarely speaks for himself unless out at sea with only the company of his crew members. His cockatoo, Harwin, speaks for him all other times.
The dog and bird have become inseparable and gladly aid one another however they can.

Profile css made by alxq