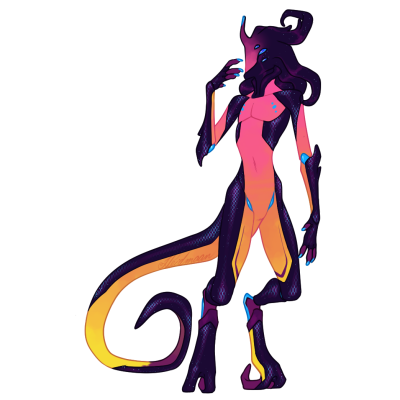 Ket Shnel is infected with Lycanthropy. Changes into a beastly monster after exposure to moonlight or especially frustrating board games. Howling at the moon relieves the symptoms for a little while, but use a Golden Apple for best results. 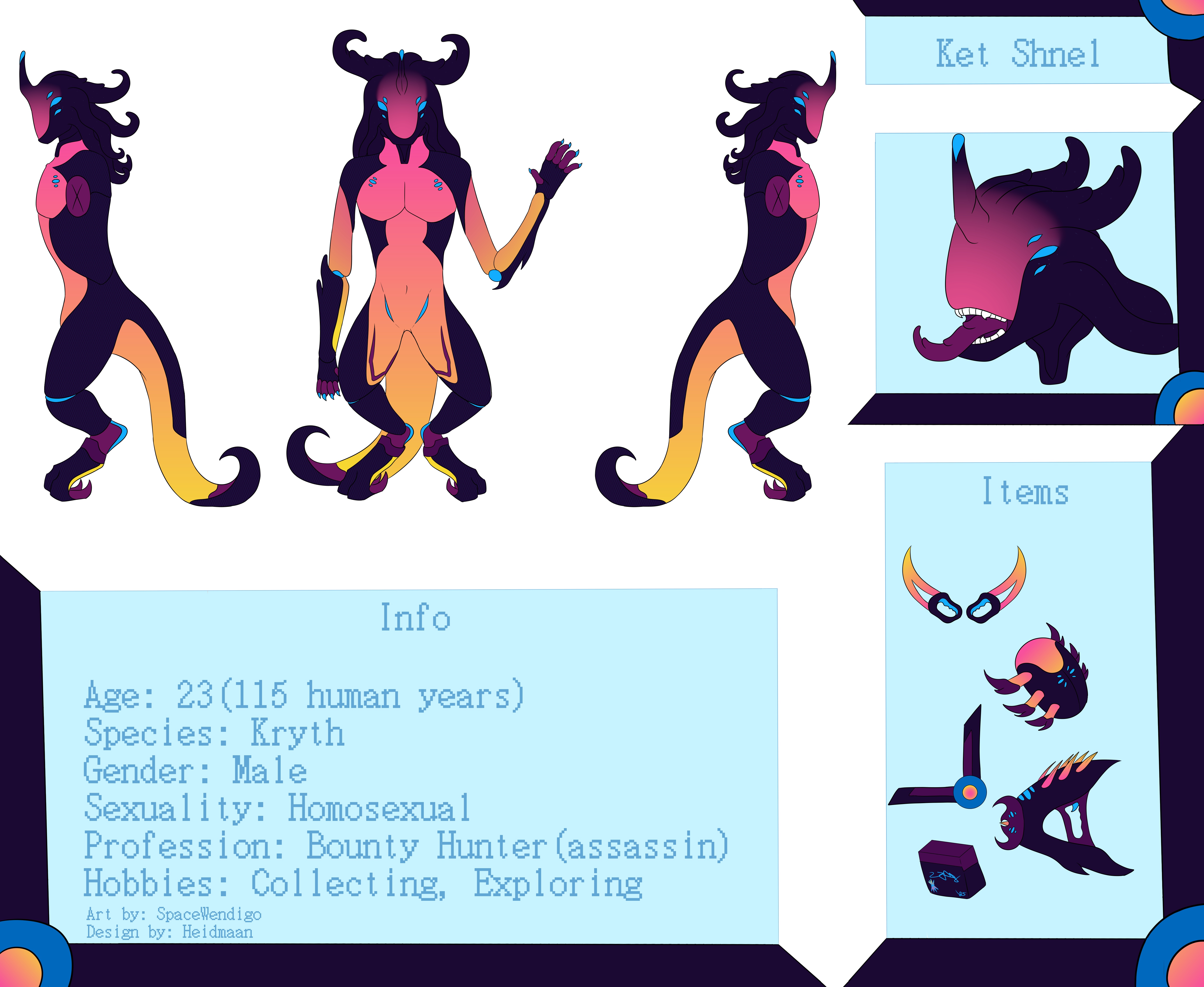 Ket Shnel(often just referred to as Ket) is a very ambitious Kryth. He looked up to bounty hunters from a very young age,but was told his species didn't have the abilities to handle the job. Not wanting to give up,he trained his body and mind in the art of stealth,and founded a new class of Bounty Hunters: The Assassin. He takes on the jobs most bounty hunters won't take,which makes him a bit of a local hero for the lower class citizens that can't pay much. Truth be told the money isn't what he's after, he often has plenty of pocket change from the more risky thievery jobs he takes on the side(these jobs aren't tied to the bounty hunters for legal reasons), He just wants to explore the universe and see what all there is to see.

Being a kryth,Ket is naturally adjusted to the wide open plains of his homeland. In order to escape predators,his species evolved to be able to slip in and out of tight spaces and crevices that were often found littering the plains with the help of their durable slime-like bodies. They are very fast and nimble as well,able to run longer and faster then a cheetah. Their sharp nails and horns helped them burrow deep underground when there were no crevices to hide in,humans would say their nails are comparable to diamonds.(most aliens would disagree,as earth diamonds are very uncommon outside earth's climate.) Ket uses his species natural abilities to help him sneak about and achieve his goals. He also found his talents worked well when it came to 'treasure hunting',and being a very avid collector,he often takes atleast one prized 'treasure' from each planet he visits.