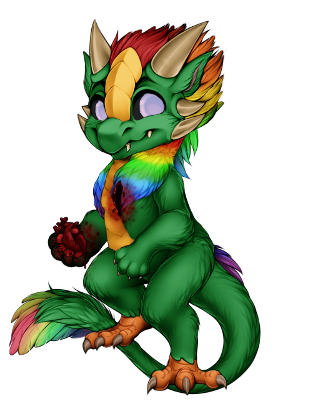 An ancient, immortal creature with godlike power, Quetzalcoatl looks like some depictions of the ancient Mayan god, a fact he refers to as being purely coincidental. When inquired about his species, he claims to be one of the few remaining examples of a creature called a Quetzal. He's tall, towering over most other creatures at seven feet tall, with an eight foot long tail. Unlike most dragons, Quetz doesn't have any wings, and instead flies by undulating his body like an alligator swimming through the air. He feels emotions so strongly he has to remove his own heart to manage day to day life. As a result, he has an almost undead appearance.