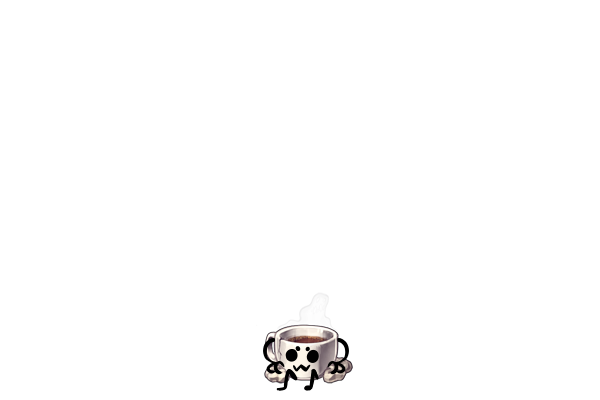 OWO
It just sort of... appeared at the village one day? Desolate found it one day while swimming through the waters of the swamp, the tiny thing floundering quite pitifully. Stunned, the croc took it to Shoma in hopes that the canine might know what it was. Shoma too was stunned but then hypothesized that it was a product of magic, because there was no possible way OWO was made using conventional means. He said someone had probably tried to replicate BatBats, Ectoplasms or Pet Pine Cones in an attempt to make a new synthetic Minipet, but somewhere along the line something went wrong and the result was more like the object than the animal. And with that, Shoma got a hammer, unsympathetic to the cup and believing a freak of nature such as OWO should be destroyed.

Luckily for OWO, Boba had followed Desolate, knowing the crocodilian was up to no good. He rescued OWO, arguing that OWO and him were alike and OWO had every right to live as he did. Of course, Desolate responded to this by trying to hit Boba with a hammer instead, but in the end Boba was able to escape with his new friend with only a few resulting damages to his figure, From that day forward, OWO was Boba's little buddie, and the two could now be seen everywhere they went.

Generally, OWO had free reign of Silverflecked Village. The only places they are not allowed to go are places where they might find themselves in danger, but as they're usually never without Boba lest the gator is busy, this is usually not a problem.

Gives candied skulls to those he likes.