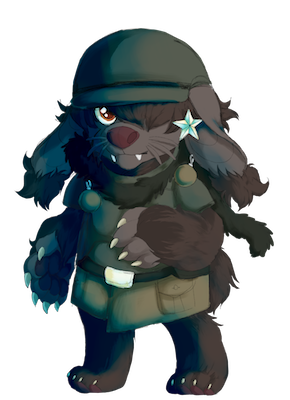 Simon has fallen ill with Lunar Sickness. Number of explorations per hour is halved. This illness can be cured with Sun Salve.

"Do you really know him? The Emperor? You know him for real?"

Simon is a bit of a... weird phenomenon. You see, it's not every day where a kid is both a kleptomaniac and also well armed. Simon is relatively fit for a 10 year old, and also is pretty tactical. By no means is he a very intelligent kid, however... uhm, maybe he's a bit under preforming at times when it comes to his smarts. His adoptive father, Socrates, is incredibly protective over Simon, making sure that nobody harms him. While he doesn't really mind, Simon dislikes being told to stay put, even if it would up his survival chances. He kind of likes the thrill of being in battle, and gets really excited when Socrates lets him come along willingly.

(All comments/responses are in character!)