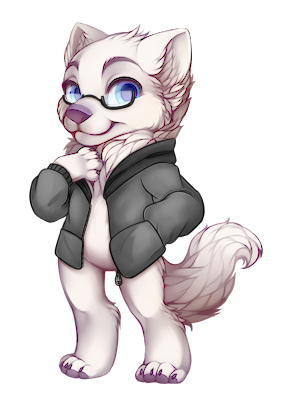 Konae is infected with Zombipathy. Eating brains relieves symptoms for a time, but comes with memories of the brain's former life. Your doctor recommends adding hot sauce for extra flavor, but a Golden Apple a day will send the Zombipathy away.

«Nerdy teenage wolf who longed to be a doctor.»
Konae Hawlers is a doctor in practice, more often than not, is excellent at his job. He has Japanese origin, although he doesn't carry any other traits of this other than his name. Konae is, unfortunately, also a zombie. His death dated back when he was scavenging for herbs in the wild, but was attacked and fall down the cliff into his demise. The witch, however, found him and reanimated him. With the exchange of [REDACTED]

The rest of the bio was scrapped off the page.