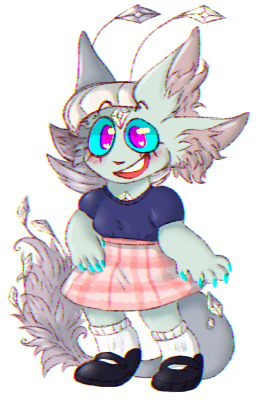 Dee is a kind and loveable gembound who inspires her peers with her good deeds and noble heart!!...is how she would describe herself if prompted, of course.

In reality she's a crafty, manipulative son of a gun who considers any and everyone expendable in her quest for ultimate power: Popularity. Even if, y'know, that currently only applies to high school and social media
Dee is both a lot smarter than her bubbly demeanour would lead one to assume, and a lot dumber than she thinks of herself as being. 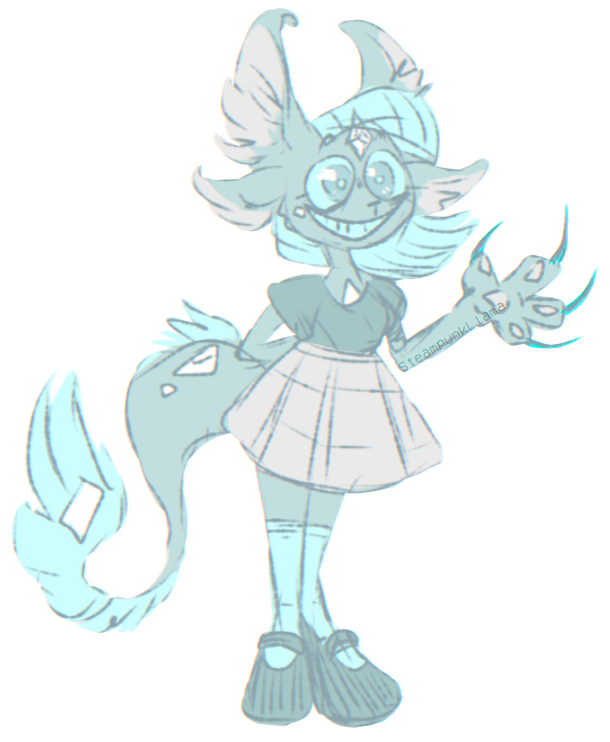 While she has several victims to either isolate or indoctrinate into her little clique, her current primary target is Peeb, who's apathy and general snark towards the world and it's inhabitants had rendered any and every attempt of hers utterly null.