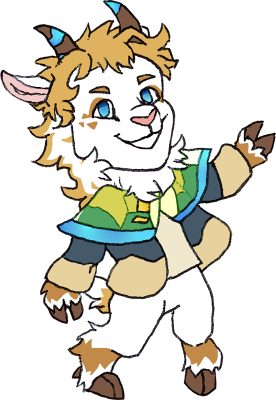 Travis Wylnol is an adventurous guy who likes to discover new things and live life to it's fullest. He likes to talk with his friends and add snarky remarks to whatever they're saying, although he's also generally reserved. Travis likes to be direct and blunt in terms of giving critisism and opinions.

He's kind of selective with who he associates with and has a pretty small number of friends which makes them more valuable to him.

Hobbies/Interests/Skills
Travis likes to play the guitar or any string instrument he can find, he's also fond to history novels and has a guilty pleasure in reading cheesy badly written books/fanfiction.
He likes to spend some time rock climbing or hiking, most of the time he does this alone because none of his friends have the capacity to keep at his pace while hiking.

He learned a bit about magic when he was younger and can use it superficially, not too powerful to cause damage, but useful. He found a job as a crafter in a small establishment when he first came to town since he was unemployed.
He's one of those people who buys the newspaper just to do the puzzle games.

Cooper
Cooper is his best friend and they hang out a lot, they like to take walks through town and just wander around. Travis met Cooper when he first arrived to town, he ended up being Cooper's neighbor. Travis likes to talk to him about the music he likes and what he's been doing as a crafter. Cooper tells him that he wants to learn magic and asks him to teach him, but Travis always says "later" and never actually does it. Cooper likes to talk about cars with him, Travis is also interested in cars and some mechanical work, while Cooper like the models and aesthetics.

Academia
Academia is one of Travis' closests friends, he met her because she was one of Cooper's friends when he first started hanging out with him. Academia sometimes joins him on his mountain expeditions and sometimes get pretty competitive alongside Lenmont.