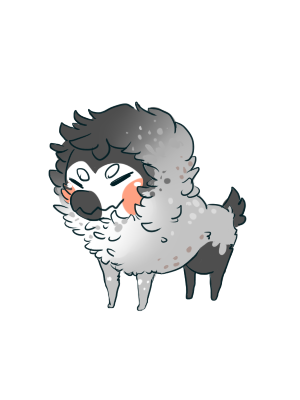 Don't let his appearance fool you. He might look cute and fluffy, but that blushy lil face is deceiving. He's actually a huge jerk who likes to steal things from others and generally just hisses at anything and everything. He's also quite fond of chomping fingers.

His favorite things to thieve from others include vanilla ice cream, shiny objects, and pretty stones or rocks. All of which he hides in his fur. If you leave him unattended for extended periods of time, it's a good idea to pick him up and give him a shake before letting him run off. (If, you know, you can get your hands on him without getting bitten.)